BOOK AT THE BEST PRICE

In 1926 the architect of Basque-English origin Manuel Maria Smith Ibarra saw the Carlton Hotel finished in what was his first intervention for the hotel world. Thus satisfying the palpable need in the villa for years, to have, like other neighboring capitals, a large luxury hotel.

The Carlton Hotel was built between 1919 (the year Manuel Maria Smith designed it) and 1926 representing a late example of the style of the Second French Empire in keeping with the tradition of grandiose hotel construction of the time. The great beauty of the building impresses with its triangular arrangement with chamfered corners.

From the outside, the main façade and the sides of the building present obvious details of its affiliation to the «beaux arts» style , a style characterized by symmetry, large entrances, staircases, polychromy and a large number of balustrades , support cornices. or bas-relief panels. Among all of them, the covers and the attics are their most beautiful example.

But it is in the interior and throughout its 6 floors where his work acquires the splendor that has given it such just fame. It was also the first hotel in Spain to integrate the toilets in the rooms. In fact, one of his first slogan was "Hotel Carlton 200 rooms, 200 bathrooms" . The Basque-English architect designed a large space, a central hall, covered by a beautiful leaded stained glass window through which a welcoming light filters. This window has been the symbol of the Carlton Hotel throughout time, and after a respectful renovation, it continues to represent the classicism of the hotel.

The conjunction of all the aforementioned values led the Basque Government to declare it an architectural, historical and cultural monument in 1995. This recognition has only strengthened the prominence of the Hotel Carlton in Villa Bilbaína.

The Carlton Hotel has witnessed important social and cultural events that have occurred in the contemporary history of the Basque Country.

The hotel was the seat of the Basque Government during the Civil War, a circumstance that can still be seen today in two places in the hotel.

The first is one of the rooms , the Luis García Campos Room. It was the center of debates and operations of the Basque government in 1936, when José Antonio Aguirre was its president. As a curiosity, in this room the only saved glass is preserved, in addition, the presidential table and two of its chairs are still preserved.

The other place mentioned are the stairs to the main entrance of the hotel from Plaza Moyúa, where you can see the vents that still remain in the former bunker that housed the executive. This bunker has been reformed, transforming into a private lounge of the Hotel.

The Carlton hotel has an oval hall or La Cristalera Hall, with a large glass dome mentioned above and also designed by Manuel Maria Smith, who over the years has witnessed the social and cultural events of the Villa de Bilbao. This window was made with glass specially brought from Boston. The construction was carried out in 1925 and in 2007 it was reformed by the same company that made them. The Carlton Hotel therefore has one of the two largest domes in Spain . 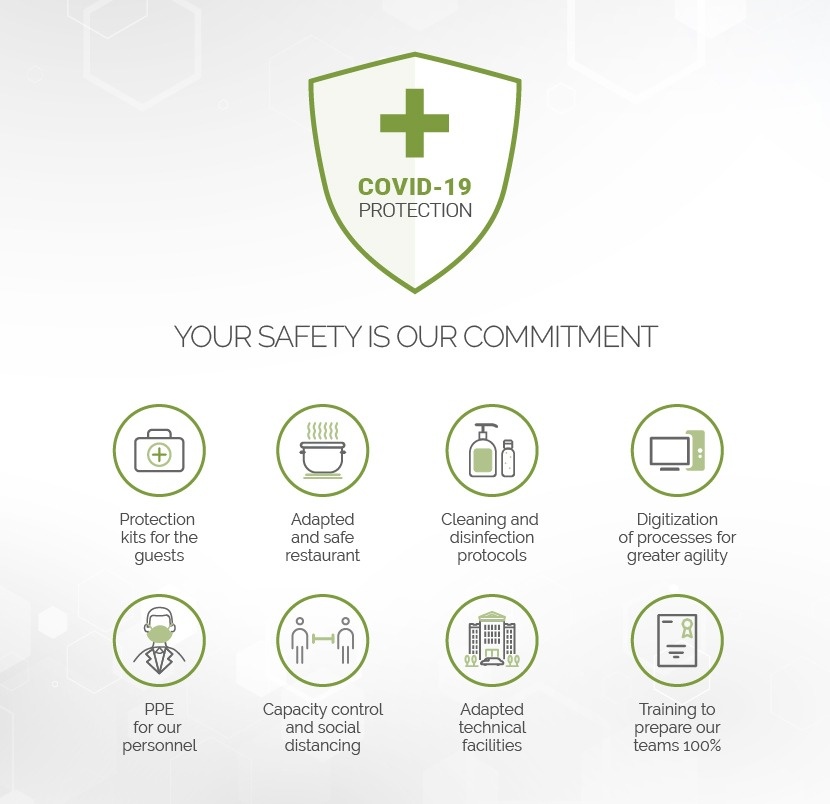 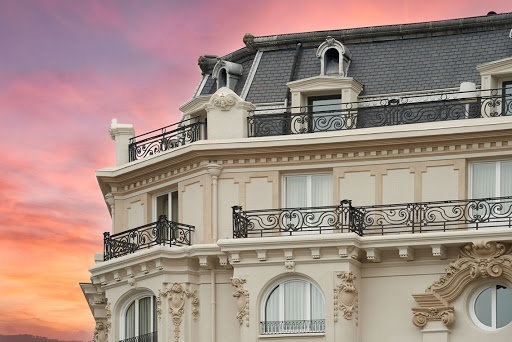 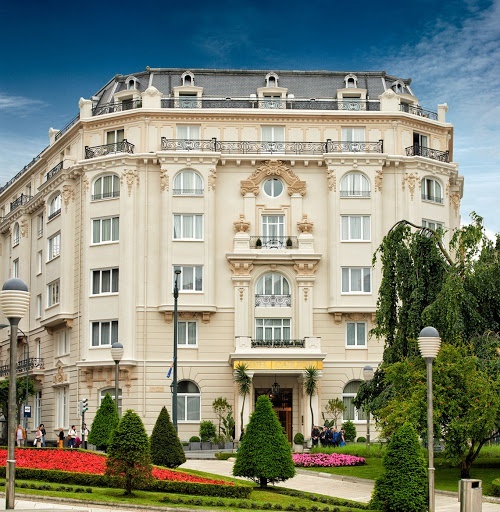 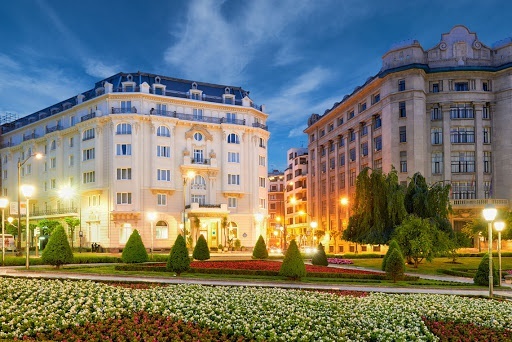 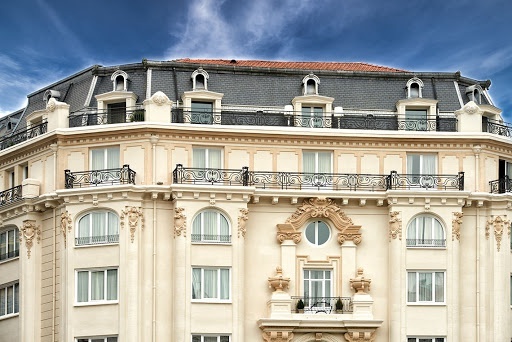 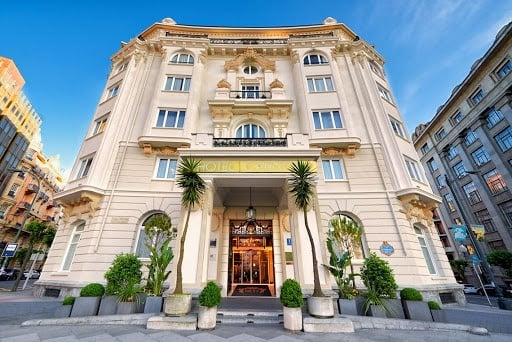 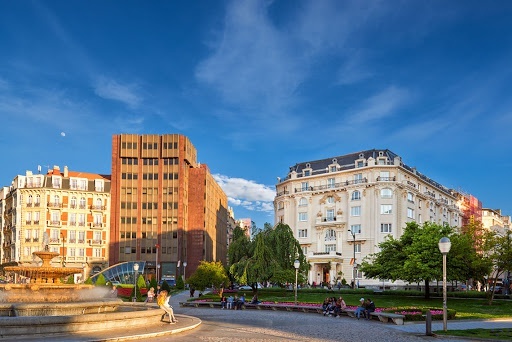 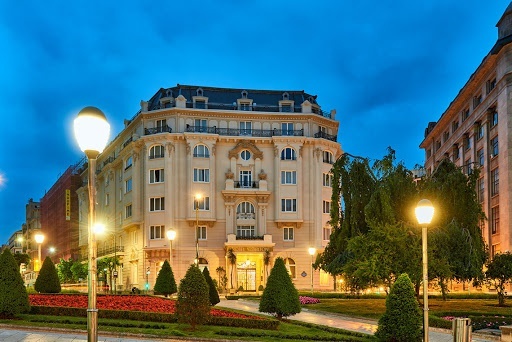 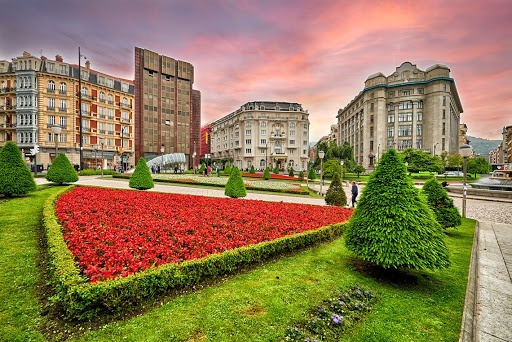 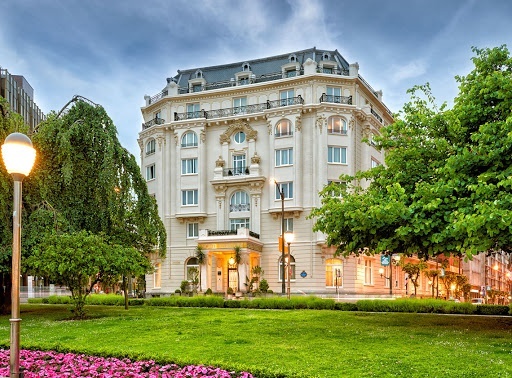 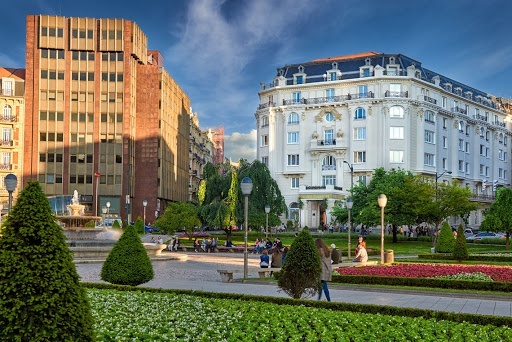 Newsletter and social networks
Do you want to be up to date? Subscribe to our Newsletter and receive all our offers and promotions.